Did someone say Gospel Choir of the year!!! Yes, Yes, Yaaaassss! The rumours are true! IDMC had the pleasure of taking receipt of the Premier Gospel Radio award for Choir of the Year 2018 at what was only the third Premier Gospel Awards ceremony. The star-studded event took place at the new flagship venue in Croydon – Trinity Baptist Church, Oasis House, where anticipations and expectations were running high. The explosively labelled ceremony brought out some of the biggest names in the UK Gospel scene. Legendary artists such as London Community Gospel choir and newer guests as Faith Child and Becca Folkes provided live performances on the night. The awards were hosted by Lady T and Theo Manderson from Premier Gospel. The venue was packed full of gospel music supporters from all both sides of the track. Maulin and Courtney were present and correct to represent John and the choir as he was unable to attend the ceremony. As the evening progressed, the pair joked about what they would say if IDMC were to win but they both kind of put it out of their minds as IDMC for so many years been the bridesmaid, never the bride! The moment arrived for the winner of Gospel Choir of the Year to be announced. Adaeze and Uzoma read out the nominees….and the winner is IDMC!!!!  The building erupted with massive cheers, however Maulin and Courtney remain seated, jaws dropped and looking slightly aghast, Maulin turns to Courtney and asks, “Did I just hear right?!” As the shock rescinded both made it to the podium very nervous. Maulin gave a short thank you and left Courtney to add a bit more meat to the bones for the rest of the speech. When John learnt of the good news he remarked jokingly “I told them to have something ready!!!” and added “We are all very proud of IDMC’s achievements over the past twelve months and want to work harder to share the gift we call gospel music to the world”. Catch the full acceptance interview here Get your copy of Hideaway Live here on iTunes Get your copy of Hideaway Live here on Amazon Music 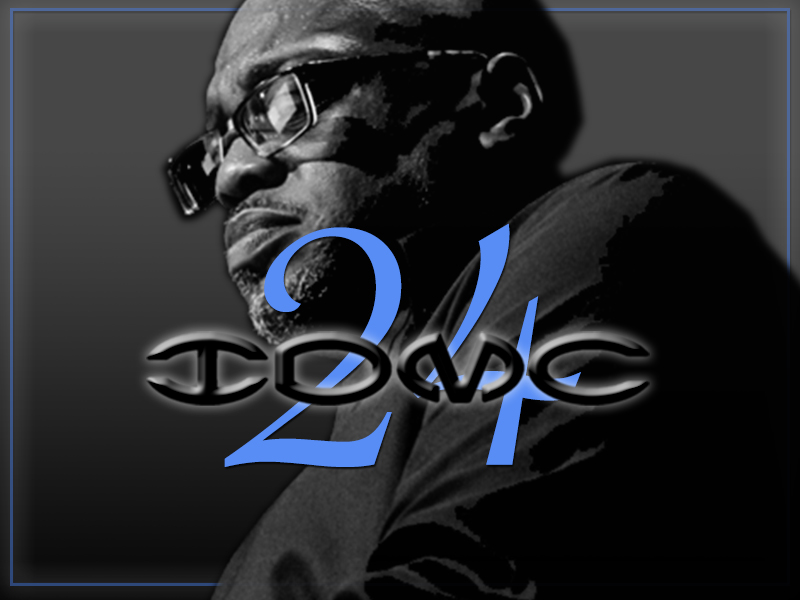 SHOWTIME! After weeks in the planning, the evening that marked 24 years of the journey of IDMC Gospel Choir had finally arrived! Soooo, lets have a tiny bit o’ history then, because stage was re-set at NTCG Brixton Community Church, where IDMC’s journey had started 24 years previously in February 1994 and the choir had released their first album ‘Prove Me’ ! FACT TIME! Ever wondered what the letters IDMC actually stand for?… Well over the years there have been some minor changes, the letters remained the same, but the meaning has evolved slightly from (NTCOG) – Inter District Mass Choir to Inter Denominational Music Choral and finally to what it is now – Individuals Dedicated to the Ministry of Christ the true heart to what IDMC is.

Back to the evening… The production on the night was on point, with a full light show and staging brought in which totally changed the ambience of the venue. John is a man who loves his music, so it was no surprise to see the size of the band he had on hand, led by his sons Andre Fisher on drums and Dayna Fisher on bass guitar, and included keyboard and Hammond players Enoch John, Iziah Yard and Paul Watson, alongside legend Joseph Ross and percussionist Mike Fergusson. Guest artists featuring on the night were Tab Worship, Shantéh Fuller and the awesome Volney Morgan & New-Ye, all delivering first class performances of their own material. These are all artists that are dear to John’s heart as he continues to support and endorse new and emerging talent from the UK. The evening of course belonged to the delivery of IDMC’s new album, with the already at capacity audience clapping, dancing and singing along to popular IDMC classics as well as some old time American numbers, as the choir performed a tribute set to the late Edwin Hawkins, after which IDMC continued partying well on into the night delivering new songs from its album. It was an overwhelming atmosphere with everyone in attendance wishing every success on IDMC’s continued journey which looks like it will be going from strength to strength. Don’t forget to get your copy of Hideaway Live here