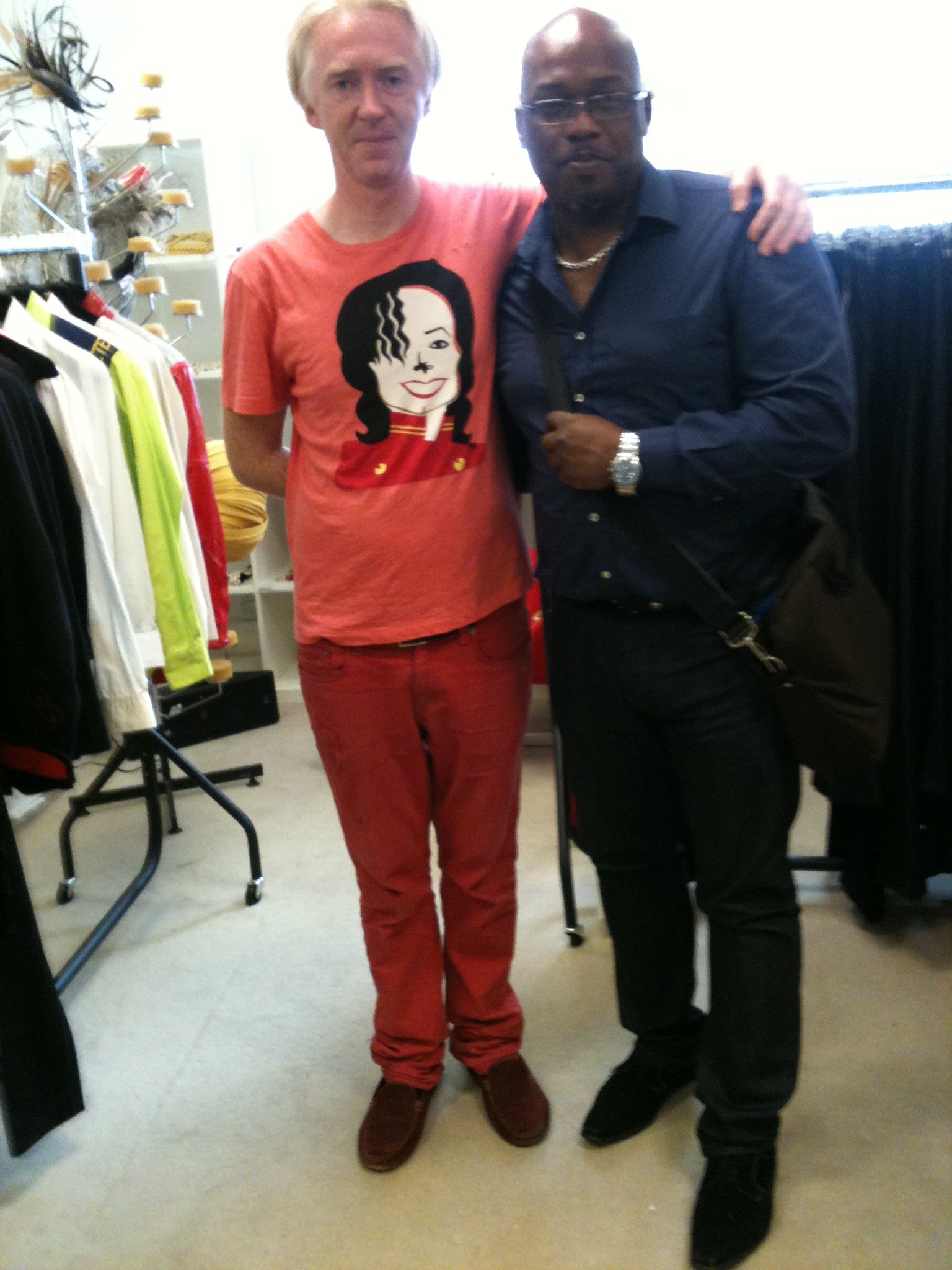 Saturday 8th September, John got a call from long-time friend Joe Pitt, inviting IDMC on a session for a top fashion designer at the London Fashion Week. John thought it sounds like a nice gig. The following Tuesday, when John woke up he never thought I would be meeting the Legend that is Philip Treacy, and then also meet another Big Legend, Michael Bush, the designer and creator of all of late Michael Jacksons stage clothes, and then to be in the same room with all his outfits.. What a Tuesday…

So Sunday 15th IDMC performed at the Royal courts of Justice in the strand. The venue which is normally a massive corridor was transformed into a fashion catwalk full of celebrities.

The show was opened by Lady Gaga, and the show showcased models wearing Michael Jackson’s outfits with extra- ordinary head gear from the Philip Treacy.

In the audience were invited celebrities, Bryan Ferry, and good fried of Philip, Grace Jones.

IDMC closed the show with a 19 voice choir all robed for the occasion, singing “Will you be there” while the models took to the stage one more time, and the introduction of the legendary designer.